May Athlete of the Month: 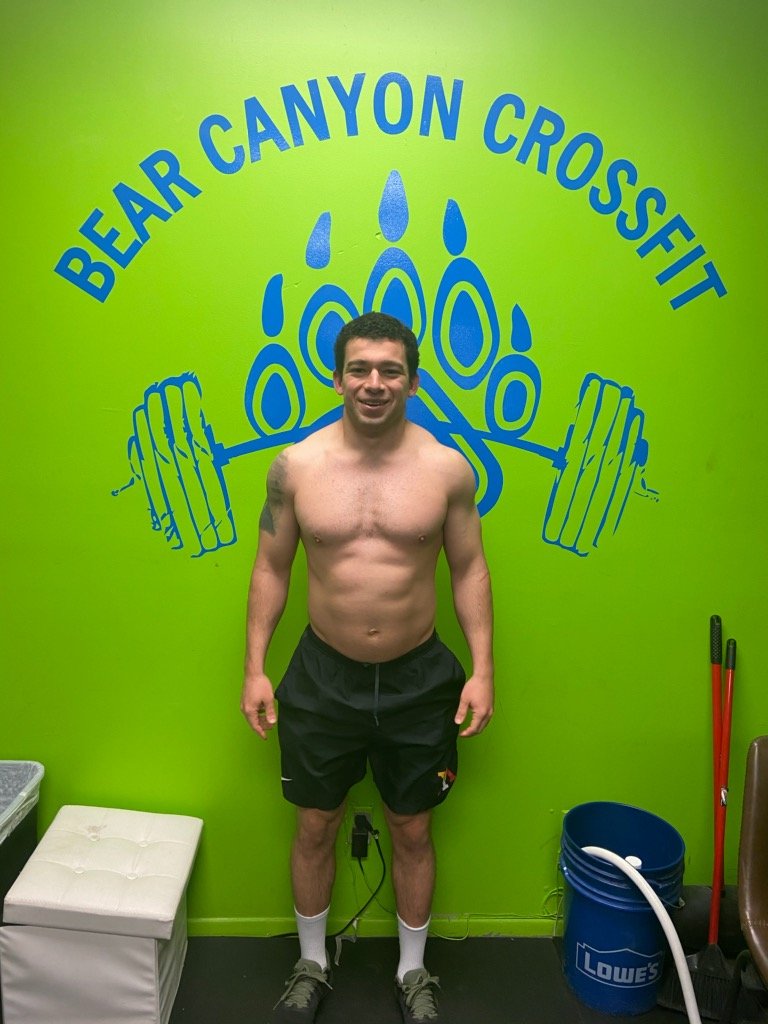 How was I introduced to CrossFit:

I did CrossFit on and off for a year or so while in law school. Didn’t do any CrossFit the four and a half years I was in the Army. This past summer, I wasn’t making any meaningful progress working out alone, so I joined Bear Canyon CrossFit. It was one of the best decisions I have made, and it’s safe to say I’m addicted to it now (my YouTube and Netflix account history would agree).

If I never had to do this one exercise ever again, it would be awesome:

Snatches… the ones where you actually have to catch it in a squat.

If I had to make up my own WOD, it would be:

A partner WOD with Marcus Ardiel, in which he does the entire WOD by himself. (We all know Marcus is capable of this…). If I had to actually do the WOD, it would probably be something with double unders, heavy cleans, and handstand pushups.

Tell us a little about yourself (family, job, hobbies, etc.):

I’m from the Washington DC area. Lived in Egypt (my mom’s Egyptian) and Lebanon for a few years as a kid. Went to the Virginia Military Institute for undergrad, the University of Virginia for law school, and then served on active duty in the Army for four and a half years as a Judge Advocate (think Tom Cruise from ​A Few Good Men​, but not nearly as cool).

Outside of work and CrossFit, I love playing kickball, doing open mics with my guitar, and chasing my chocolate lab (“Maximus Decimus Meridius Gray”). In August, my hobbies will probably take a backseat, because my wife and I are expecting a baby boy (“Maverick Lee Gray”). And, yes, Gladiator​ and ​Top Gun​ are two of my favorite movies.

My proudest accomplishment is (doesn’t have to be CrossFit related):

Personally, marrying my wife. She’s awesome (and somehow can put up with me, probably because she is a Kindergarten teacher).

Professionally, helping the many Soldiers I represented in the Army successfully navigate some incredibly difficult and, at times, unfair situations. It was truly a privilege working as an Army criminal defense lawyer “Defending Those Who Defend America.”

In terms of CrossFit, my transformation from this past fall to now. With help from the Bear Canyon CrossFit coaches (and Coach Amy Patton’s tireless accountability during the nutrition challenges), I dropped around 20 pounds, gained 5 pounds of muscle, and got my first ring muscle up!

These ​chocolate chip cookies​.
What is your favorite music to workout to?

What I love about Bear Canyon CrossFit:

Everything. Bear Canyon CrossFit has been the best part of Albuquerque for me. I’ve improved as an athlete, become healthier, made some good friends (shout-out to the 6:30 am class!), and have felt like a valued member of the community. I will miss it when we move this summer.