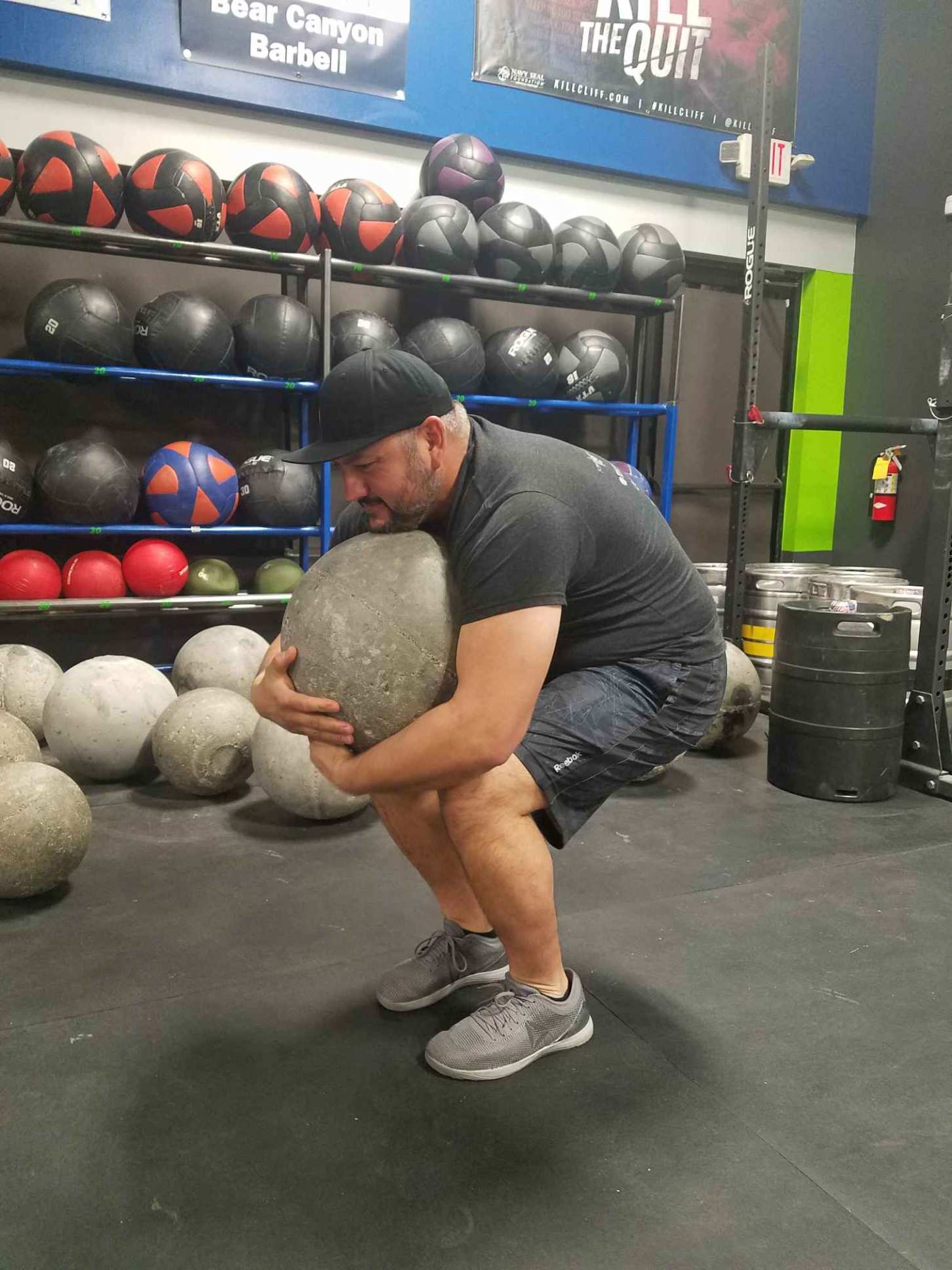 The Atlas stone is one strongman’s oldest lifts and the first thing people think about when they think of strongman competition. Although it seems like an easy enough movement just  lifting up a stone, it is more complex than that. Let’s go over the setup as well as how to complete the lift in the safest manner possible.

First will set up your stance by straddling directly over the top of the stone.

Next, we reach straight down and pinch the stone between your forearms and elbows, with your hands as deep as possible (under the stone) to maximize surface area on the stone.

Then, lift the stone off the ground using technique more like an RDL than a conventional deadlift.

Finally, let your hips come up first, then explode bring them through and extend as the stone is pulled up the body (and over any hurdles). Think of the stone “rolling” up your chest.

A stance that is too wide will not allow you to build up the speed needed to lift the stone high enough to load it on to a platform or over a bar. A stance that is too narrow will make you unstable. The perfect stance is generally a little narrower than your jumping stance. When picking the stone off the ground, you do not want to lift it like a conventional or sumo deadlift; it does not give you the best leverage.

Instead, think of it more as a Romanian deadlift (RDL), or a wide stance RDL, to pick the stone effectively. Your hips should be high with a slight bend in the knees. When the stone is in your lap and you are about to load it, you do not want to reach your hands underneath it; this places unnecessary strain on the biceps. By placing your hands under the stone and exerting the muscles in your shoulders and biceps, you are not only far less effective, but also at great risk of injury. Your shoulders are much weaker than the larger muscles of your back. Instead, place your hands at the 10:00 and 2:00 positions on the stone so that the load is placed on the larger muscles of the back as you pull the stone up your torso to load it. You are far less likely to injure yourself, and will be utilizing muscles much larger and stronger to load the stone.

These are the absolute basics to this movement! If you want more come to Strongman Sundays!! Coach Reuben would love to help! Also good luck to all the Bears competing this weekend in Durango!