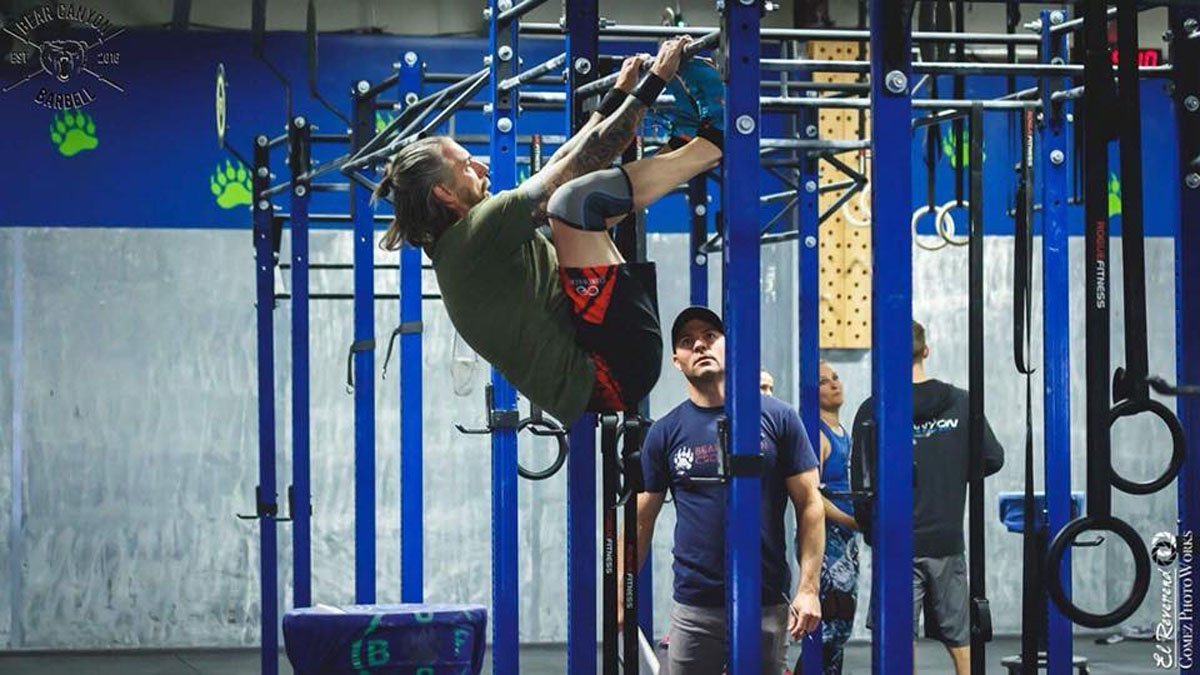 Intro to CrossFit: Around 2006, after I retired from the USAF, I started doing contract work in Iraq and Afghanistan. We were just starting to learn about CrossFit. We would go to the CrossFit website, watch the videos, and try and replicate the WODs. The conditions were pretty austere, but it was a lot of fun. I spent the next several years journeying between “do-it-yourself” CrossFit and trying to be Brazilian Jiu-Jitsu guy. I joined my first box in 2015 and haven’t looked back.

If I never had to do this one exercise ever again: HSPU’s, which is kind of a misnomer since I can’t do them anyway. I hate that I can’t do them, but I hate working on them, too.

If I had to makeup my own WOD, it would be: I like chipper WODs and body-weight stuff, so it would be something like:

I was born in Atlanta, GA, grew up in Asheville, NC (my parents moved there when I was 5), joined the USAF in 1984, and retired from active-duty in 2006. I lived most of my adult life in Florida, but I’ve also lived in Germany, Kentucky, South Korea, Fairbanks, Alaska and Los Angeles, CA. I have two children, a 27 year-old son who’s a Sergeant in the Army stationed at Ft. Hood, TX, and a 23 year-old daughter in St. Louis, MO. Both my kids also do CrossFit.

I moved to Albuquerque in 2014. I live with my girlfriend, Beth and her daughter, Sabrina in Sandia Park. Beth and I both work at Sandia National Labs.

When I’m not at work, I like to bike, hike, and skateboard. I’ll surf if I’m near the water. I used to be a halfway decent stand-up paddle surfer.

My proudest accomplishment is: I’ve had a fortunate life, but I believe my proudest accomplishment would have to be earning my Bachelor’s degree in 1996, followed by my Master’s degree in 2000. These were the rewards of going to school part-time from 1989-1999, eleven years of balancing work, deployments, family, and school. I still wonder sometimes how I managed to pull it off.

My favorite cheat meal/food is: I have a terrible sweet tooth. I love candy. Jelly Belly jelly beans…<3
And Pizza. And Beer…

What I love about Bear Canyon Crossfit: The people. The owners, the coaches, the athletes, everyone is awesome and supportive. The facility is pretty kick-ass, too.